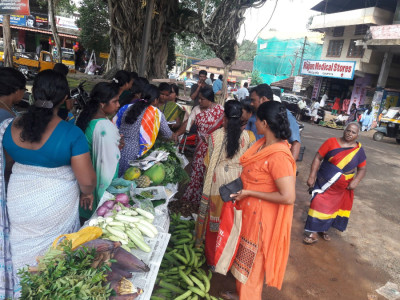 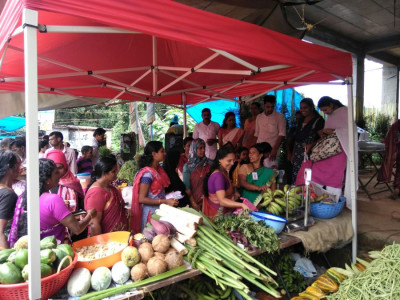 Kerala got ready for onam with Kudumbashree Pre Onam Markets. Kudumbashree created village level Pre Onam vegetable markets to provide good quality, farm fresh, pesticide free vegetables to the consumer, thereby helping the farmers to receive remunerative prices for their products. A Total Sale of Rs 3.05 crore was recorded at the Pre Onam Markets. 2061 Markets were conducted from 8 - 29 August 2017 at a rate of 3 Pre Onam markets per week were conducted in block level.

Onam markets were also conducted from 30 August 2017- 2 September 2017 which made a sale of Rs 11 crore. 3269 ton of vegetables worth Rs 14 crore were sold by Kudumbashree altogether through 3638 stalls. The Pre onam markets would continue as Post onam markets. 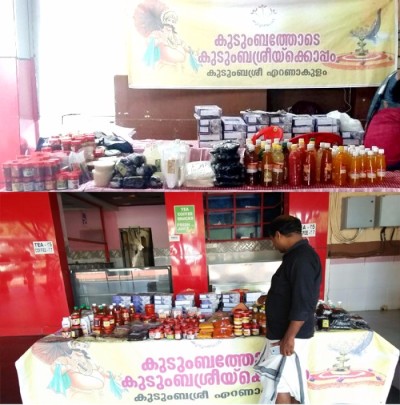 The onam stalls are being a boon to the commuters as well, which would help them to shop vegetables and groceries in reasonable rates at their own convenience. The onam stall started functioning on 26 August 2017 and would be working till one month from now. 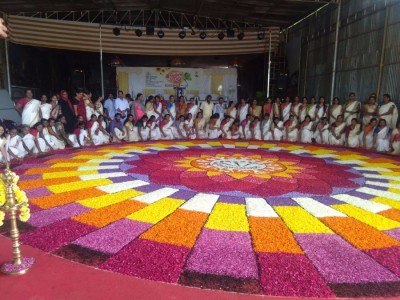 The Pookkalam (Floral Carpet) was set up at Bekal Beach on 31 August 2017. Five members each from 42 CDS in the district joined together, and made the pookkalam.The pookkalam was of 30 ft length and 30 ft breadth. It took about 4-5 hours to set the pookkalam.

Bekal Beach being one of the main tourist spots in the state, the mega pookkalam set up there is attracting many foreign tourists as well.

Eventhough it was planned to clear out the pookalam on 31st itself, considering the requests received from the visitors, the mega pookkalam will be retained till onam.

Payasamala and Procession was also arranged as part of the onam celebrations. 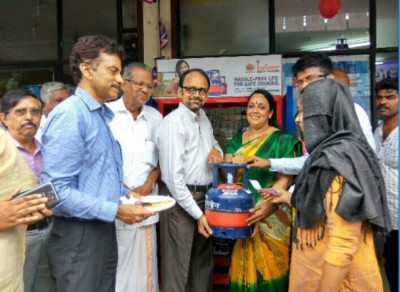 An outlet was opened by Kudumbashree District Mission for the distribution of 5 Kg cylinders at Perumbavoor Municipality on 11 August 2017. Ernakulam Kudumbashree District Mission has initiated this event with the technical support of Indian Oil Corporation.The outlet is situated in Perumbavoor Municipality-a crowded interstate labour hub. By producing a photo ID proof, anybody can purchase the LPG cylinder from the outlet by paying an amount of Rs 800/. Refilling facility is also provided at Rs 282/-. Another attractive services provided in the outlet is the buyback option –anyone who purchased the cylinder and returns after their short stay at the locality can return the same to the outlet and get back the cost of the cylinder. The facility is bliss to the migrant families who were unable to buy LPG cylinder’s owing to the lack of a permanent residential address or ration card. The working woman who often forgets to book the LPG cylinders can also buy the 5kg cylinders from here and also keep it as a reserve during the shortage of normal cylinders. The outlet is also open on Sundays which is a great attraction for the migrant labourers. 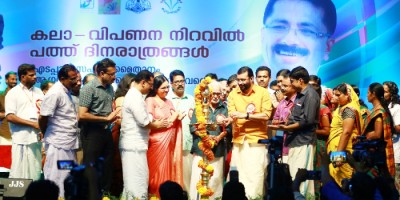 Saras Mela 2017, the national food and cultural expo organised by Kudumbashree Mission, offering the best of traditional food and artistry carved out a new era in the history by drawing huge crowds. Around two lakh people had already visited the programme. Saras Mela was kickstarted when Shri.P. Shriramakrishnan, Speaker, Kerala Legislative Assembly officially inaugurated the programme at Safari Maidan, Edappal, Malappuram on 25 August 2017.

Micro entrepreneurs from 25 states across the country had joined the programme . Around 240 stalls were opened. Saras Mela is becoming a huge success by the active participation of the people. 15 food stalls were also opened at 'The India Gate' food court offering a chance to taste wide range of cuisines from different parts of the country. 5 stalls of 'Cafe Kudumbashree' is also set up at the venue. The cultural programmes arranged daily at the mela was indeed a visual treat for those who gathered. Artists and celebrities also took part in the programme. Saras Mela is attracting more and more people and are adding more colour to the festive days of Kerala. The Mela will come to an end on 3 September 2017. As part of the state government’s effort to draw up a sustainable housing programme for the shelter less in the state, Kudumbashree conducted a survey from 15-25 July 2017.

3174 people are identified as homeless from 93 Urban Local Bodies of 14 districts. Out of them, 2625 are gents, 564 are ladies and 6 are transgenders. Calicut is the Urban local body and Ernakulam is the district with maximum number of street dwellers. Out of the identified street dwellers 61 % are from the 17 urban local bodies -Calicut, Kochi, Thiruvananthapuram, Sulthan Bathery, Kannur, Kollam, Thrissur, Kottayam, Palakkad, Thalassery, Vadakara, Kunnamkulam, Alappuzha, Chalakkudy, Kalpetta, Kazargode and Angamaly.

Half of the identified homeless are between the age limit of 41-60. It is understood that 2106 had been dwelling in the street for more than one year. 1465 are coolie workers, 221 people are street vendors and 679 people are beggars. Idukki district has the lowest number of urban homeless. There are only 38 street dwellers in Idukki. Pathanamthitta and Kasargode also holds comparatively lower number of Street dwellers. There are only 59 & 68 street dwellers in Pathanamthitta and Kazargode respectively.

The survey collected information about their age, marital status, income occupation, native place, health issues and problems faced by them during the late night hours. The identified homeless will then be provided with round-the-clock shelter homes equipped with essential services.

The 'Shelter for Urban Homeless' scheme is being implemented as part of the National Urban Livelihood Mission and Kudumbashree, the nodal agency of the program in the state. A team, comprising members of the National Urban Livelihood Mission, corporation, municipality, health department and the police, would conduct the survey. Inclusion cards were distributed to the people who were identified as homeless. The pilot study conducted to find the urban homeless had already identified 250 as homeless. 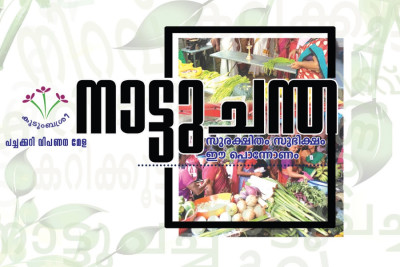 Dynamic and efficient management information system (MIS) has been developed to capture the Pre onam market activity. The data from the village level markets are captured and collated to generate useful reports for better monitoring and planning. 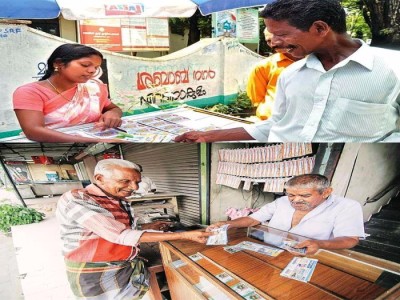 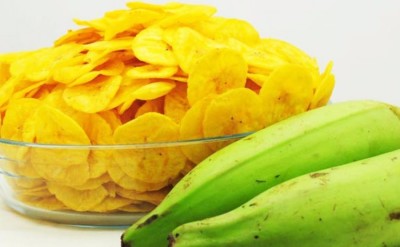 Kudumbashree Products will be served at the Onasadya of KTDC Hotels. Kudumbashree and KTDC are looking forward into their first convergence programme to be initiated during this Onam season. The different Micro Enterprises in the state will be benefited out of this association. The Banana cultivated by the Joint Liability Groups (JLG) of Kudumbashree will be used for preparing banana chips & sarkaravaratty. It is expected that this association will give a new life to the Marketing of Kudumbashree Products. As per the order, Kudumbashree will deliver 95 Kg of Banana Chips and 95 Kg of Sarkaravaratty to the selected hotels in Thiruvananthapuram, Kollam, Alappuzha, Kottayam, Ernakulam, Thrissur, Idukki, Palakkad, Kannur and Malappuram. The Banana Chips & Sarkaravaratty will be served at a rate of Rs 354 & Rs 400 respectively. Kudumbashree also plans to deliver ethnic products to KTDC not only during onam season but also on special days. By this association, the guests from foreign countries staying at KTDC Hotels will also get opportunity to taste Kerala’s traditional products made by Kudumbashree members.