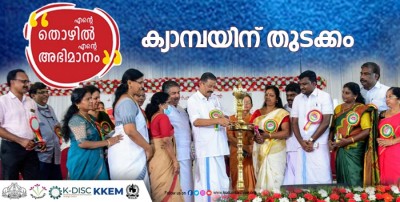 Kudumbashree is becoming part of the efforts to identify job seekers and extend needed guidance to them. Kudumbashree members would visit the 80 lakh households in the state from 8 May 2022 to15 May 2022. Kudumbashree would record the details of the job seekers between 18 and 59 years of age through more than one lakh specially trained enumerators, with the help of 'Jalakam' Mobile Application.

Shri. M. V Govindan Master, Minister, Local Self Government Department and Excise Department, Government of Kerala inaugurated the 'My Job My Pride' Campaign being implemented associating with the Kerala Knowledge Mission aiming at making available suitable job opportunities for the human resource of the state, at IHRD College of Engineering, Chengannur, Alappuzha on 8 May 2022. Shri. Saji Cherian, Minister for Fisheries, Culture and Youth Affairs, Government of Kerala presided over the function.

In addition to the implementation of the survey which was started as part of the campaign, the enumerators will also help the beneficiaries to record their details in the Digital Workforce Management System (DWMS), which was developed for connecting the job seekers, employers and the skill training agencies. They will also give awareness about the Knowledge Economy Mission.

The campaign aims at helping those who are not getting good job openings even though they have good educational qualification, women who had to take break from their jobs due to various reasons, the educated who lost their job in the crisis of covid-19 pandemic etc find suitable job sectors. Kudumbashree Community Ambassadors will coordinate the activities of the survey at the CDS level. 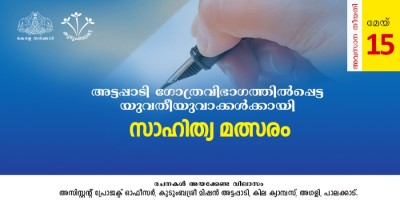 A Story-Poetry Writing Competition is being organized for the tribal youth of Attappady between 15 and 45 years of age, under the leadership of the Youth Resource Centre of the Attappady Comprehensive Tribal Development and Particularly Vulnerable Tribal Group Development Project, for identifying literary intellects and to motivate them.

The entries may be sent to the following address or can be handed over directly to the Panchayath Committee Coordinator. 15 May 2022 is the last date for receiving the entries. In addition to the first three prizes, five consolation prizes will also be given. Following that, a two day Literary Camp will be organized for the best 20 contestants. The entries may be sent to The Assistant Project Officer, Kudumbashree Mission, Attappady, KILA Campus, Agali, Palakkad.

Kudumbashree becomes the pride of Kerala by arranging livelihood opportunity for more than 12,000 people in 100 Days Updated On 2022-05-07 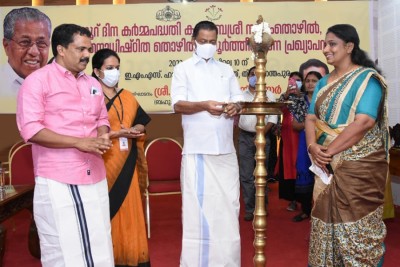 Kudumbashree has made greatest achievement in the 100 Day Programme announced in connection with the first anniversary celebrations of the State Government. Shri. M.V Govindan Master, Minister, Local Self Government Department and Excise Department, Government of Kerala had made the declaration regarding the same at the function held at EMS Hall, District Panchayath, Thiruvananthapuram on 7 May 2022.

Kudumbashree has completed the 100 Day Programme, which aimed at arranging livelihood opportunity for the common people through self employment and waged employment through skill training, at its best. The 100 Day Programme is being implemented from 10 February 2022 till 20 May 2022. Kudumbashree was able to arrange a source of income to more than 12,000 people during this period.

2678 youth who completed skill training through Yuvakeralam, DDUGKY programmes were given waged employment. Whereas, 7865 people were able to find self employment through livelihood programmes (Micro Enterprises, Animal Husbandry, Agri Value Addition Production units, National Urban Livelihood Mission, Startup Village Entrepreneurship Programme). The aim was to give self employment to 5000 people. 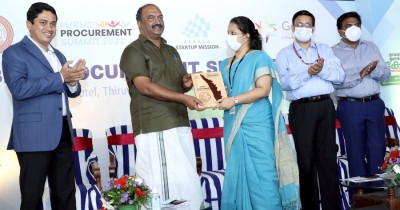 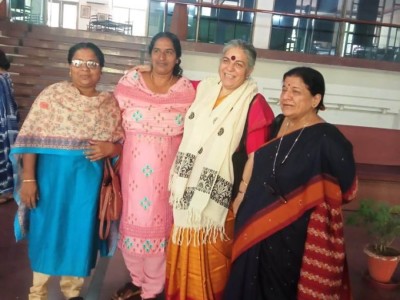 Two Kudumbashree women have participated in the Mahila Anna Swaraj Convention held at at Vishwa Yuva Kendra, Delhi from 7 April 2022 to 9 April 2022. Smt. Bindu. B from Kollam district of Kerala and Smt. Bindu Koshy from Pathanamthitta district of Kerala are the two women who participated in the Mahila Anna Swaraj Convention as per the invitation of Smt. Vandana Shiva, environmental activist. The Convention was held under the leadership of the NGO- Navdanya.

Smt. Bindu. B, hailing from the Kadakkal Grama Panchayath of Kollam district and Smt. Bindu Koshy hailing from Malayalapuzha Grama Panchayath of Pathanamthitta district are members of Kudumbashree Farming Groups (JLG-Joint Liability Group). Also, both of them are successfully running the Jaivika Plant Nursery of Kudumbashree. They were able to share their ideas with the other delegates who came from different states of the country. After taking part in the convention, they had also taken part in preparing a Women's Manifesto on Biodiversity Conservation, Sustainable Agriculture and Healthy Food Systems. 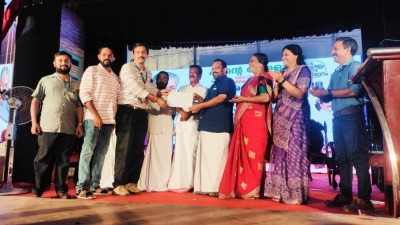 The Exhibition Sales Mela was held from 18 April 2022 to 24 April 2022. 9 Kudumbashree Cafe units became part of the food court. Various food items such as panipuri, bhelpuri, masala puri, dosa, appam, chapati, ney pathiri etc were served through these food courts. Sales of Rs 10.55 lakhs were recorded from the food court. Products of 22 Kudumbashree units were arranged in 14 product sales stalls. Sales of Rs 12.23 lakhs were recorded from these sales stalls.

A cookery competition was also organized for Kudumbashree members for the promotion of the mela. The contestants were asked to make 7 different cuisines. Those who bagged first prize in the competitions at all the 16 blocks had taken part in the district level competitions held at the exhibition sales mela venue from 19 April 2022. 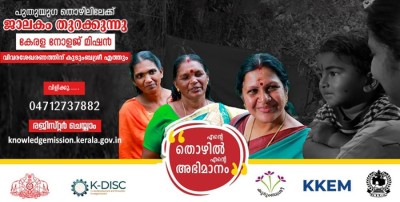 Kudumbashree is about to become part of the efforts to identify job seekers and give guidance. The job seekers include those who are not getting good job openings even though they have good educational qualification, the educated who lost their job in the crisis of covid-19 pandemic, women who had to take break from their jobs due to various reasons etc. Kudumbashree would become part of the efforts of the Kerala Government to support and guide these people.

Kudumbashree is becoming part of the activities of the Kerala Knowledge Economy Mission. The Kerala Knowledge Economy Mission (KKEM) aims to provide employment to the educated by transforming the State of Kerala into a Knowledge Society, which will produce, consume and transact knowledge for its own social and economic development. Kudumbashree will implement the 'My Job My Pride' Campaign which is proposed to be organized from 8 May 2022 to 15 May 2022 for the publicity of the Mission, under the leadership of the Local Self Government Institutions and the largest Job Survey in the state which is included campaign. As part of the survey, details of the educated jobless, who are between 18 and 59 years of age will be collected. The data will be collected through the mobile application- Jalakam.

Kudumbashree is arranging around one lakh volunteers to visit all the houses. The 1070 Community Ambassadors selected through Kudumbashree will coordinate these activities in the CDS level. The training activities for these Community Ambassadors is progressing now. As part of the campaign, awareness will be given to the public about the activities of the Kerala Knowledge Economy Mission. Also the details of the educated jobless candidates will be collected and help them to get enrolled in Digital Workforce Management System (DWMS). 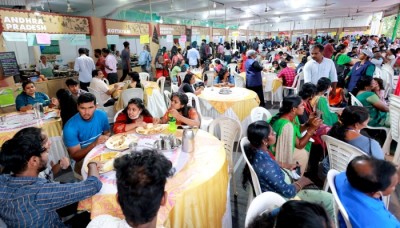 The SARAS Mela 2022 was held from 30 March to 10 April 2022. Various products such as jewelry, fabrics, leather etc. were arranged at 237 stalls for exhibition and sale. A food court comprising of 25 food stalls were opened for offering indigenous cuisines of 15 states. The food court and the daily cultural programmes organized in connection with the SARAS Mela has really attracted the public. Sales of Rs. 11,38,87,543 was recorded from the product exhibition- sales stalls itself. Sales of Rs. 82,37,520 were recorded from the Food Court. It is for the seventh time, SARAS Mela was organized under the leadership of Kudumbashree.

Sales of Rs 3.98 crores recorded through Vishu Markets of Kudumbashree Updated On 2022-04-20