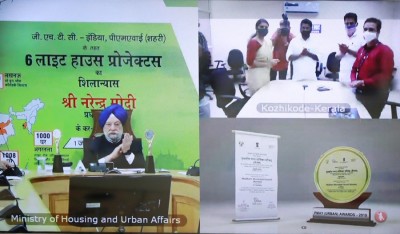 The PMAY(Urban) Programme implemented in Mukkam Municipality stands out as it is formulated and implemented as a comprehensive programme other than considering it only as a housing programme. Also it was implemented in mission mode prefixing the dates in various phases. Various other programmes were converged for the PMAY beneficiaries and this made the housing project  attractive and comprehensive. Cement building blocks were made available at Rs 10 per cement block by including in the Ayyankali Urban Employment Guarantee Scheme. Also wells were constructed for the needy beneficiaries in their house premises. Eligible houses were included in the Swachh Bharath Programme and were provided with Biogas Plants at subsidized rates (biogas plants worth Rs 15000 were given at Rs 1500). Those interested in skill training (from the PMAY U beneficiary family) were provided with skill training by including in the National Urban Livelihood Mission.

In addition, when approval was received from Kudumbashree, the meeting of the beneficiaries were conducted during the succeeding week itself and were given awareness. The dates for distribution of the installments and the completion of the houses are prefixed and are implemented in mission mode. Mukkam Municipality had taken special attention to credit the upcoming installment to the bank account of the beneficiary, once each construction phase was completed. Whenever the receipt of central/ state funds were slightly delayed, necessary actions were taken to arrange the needed amount for the beneficiaries temporarily from the own fund of the municipality. When the construction of the houses were completed, Completion Camp was organized for the beneficiaries as well. Through the camp, under the supervision of the engineering, revenue sections of the municipality, house number was allotted for the completed houses without any delay. All these had helped Mukkam Municipality in making this meritorious achievement.

Kudumbashree is the State Level Nodal Agency of Pradhan Mantri Awas Yojana (PMAY-Urban), the centrally sponsored programme which gives houses to the urban homeless in Kerala. In Kerala, the PMAY - U programme is being implemented converging with LIFE Mission. Till date, approval has been received for construction of 1,02,229 houses. Out of this, construction of 63,449 houses have been completed. The excellence in project execution is continuing. 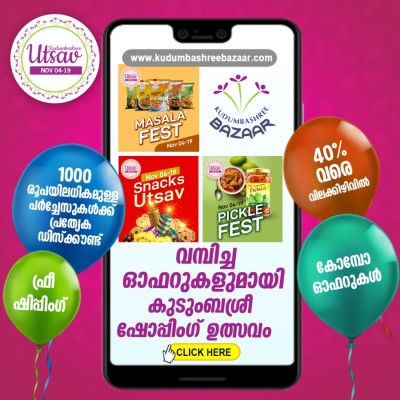 A total of 142 units from 14 districts across the state registered in Utsav by offering discounts for their products. Out of these units, 133 entrepreneurs had received orders during the campaign. 834 products uploaded by 142 enterprises were floated for sale through the online portal with many discounts. These products received 7492 orders. Through this, income of Rs. 12,45,033  was also recorded. Through this online marketing campaign, kudumbashree products were introduced to many new customers. And, some of the customers had approached Kudumbashree to buy these products in bulk quantities and that itself reflects the success of 'Utsav'.

In addition to these, Kudumbashree members were entrusted to clean the distribution centres and to disinfect the polling booths. 2,339 NHG members took charge of these activities. It is a great achievement that the participation of 5,146 NHG members was ensured at distribution centres and polling booths as part of this democratic process. Other than earning profit through food distribution, these women became close with the democratic process and were able to assist those who came to serve during the election process.  Along with helping the Kudumbashree NHG members come forward to the mainstream of the society as elected representatives, the Kudumbashree system had always tried to partner in the election process by making use of various opportunities. In short, active participation of Kudumbashree entrepreneurs was recorded during the Local Body Elections at Kasaragod.

Along with becoming part of strengthening the democratic process by maintaining a peaceful atmosphere for the officials who came for the election, this was an activity that helped the women empowerment process. Even during the Lok Sabha Elections 2019, Kudumbashree members across the state were active at distribution centres, training centres and counting stations engaged in various activities such as food distribution, data entry works, printing, maintaining green protocol etc. 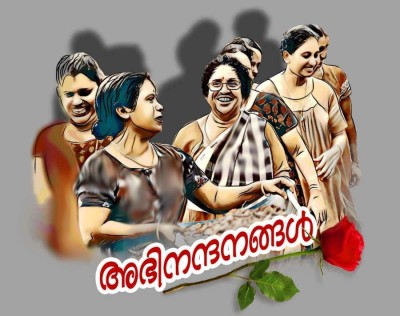 The experience attained by working along with the public for longer periods, the skill to identify and resolve the issues of the public (especially that of women), the experience earned by providing leadership to the various programmes of Kudumbashree (implemented in convergence with the LSGIs), the trainings received in connection with the same and the experience thus gained about working with the Government etc. would have contributed to the participation of Kudumbashree members in local body elections. This resulted in huge opportunities for them as well. The public support, leadership, experience, practical knowledge, confidence gained through social activities and willingness for selfless service they have attained through Kudumbashree will help them in their activities as elected representatives.

The details of those competed in the local body elections with the number of winners are given below (In the order of the District, number of Kudumbashree members who competed and number of members who won elections)

All the 21,865* elected members have sworn in as members/ counsellors of the local bodies in the state. It is expected that these elected representatives will be able to ensure local economic development in the best possible manner by making use of the experience attained by working along with the public. Mavoor panchayth, is 20 Km east of Calicut city, beside the river of Chaliyar. The industrial house of Birla established a factory named “Gwalior Rayons” at Mavoor in 1963 for producing pulp and fibre. An integrated township with schools, hospitals etc emerged, causing a rapid change in the area. The factory faced many protests since it was a significant contributor of pollutants to the area. The final closure of the factory took place in 2001... Adat CDS has 18 CDS members and five subcommitteemembers. Rathnavally Sathyan is the CDS Chairperson, and Silvy Mathew is CDS Vice Chair person. Member secretary is Matly M.Cheruvathoor and Beena K.F is CDS accountant. Their unity adds strength to the developmental activities in the panchayat. CDS meetings were held twice every month. Sub-committee meetings are also convened. CDS and panchayat join hands together to fortify the Kudumbashree network in the panchayat and availall the benefits to the deserved... 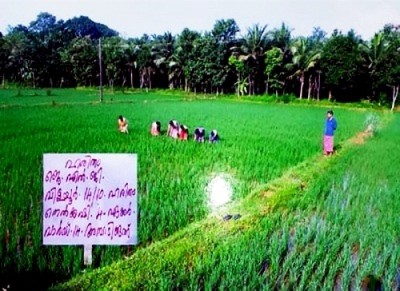 Vilayoor, a panchayat located in Palakkad district. It is elected as one of the best CDS, based on their activities and initiatives. It is achieved through the dynamic leadership of Ms. Geetha Kumari, the CDS chairperson with the help of her CDS members... Vengola is a  village in Kunnathunad Taluk of Ernakulam district. It lies in the bus route from Perumbavoor to Kolenchery. As of 2011 India census, Vengola had a population of 32697 with 16584 males and 16113 females in a total of 7791 households. The total number of literates in the village is 27507 (14233 males and 13274 females), bringing the total literacy rate to 84.12%. Nearby villages are Kizhakkambalam, Vadavucode/Puthencruz, Kunnathunad , Rayamangalam , Choornikkara and Vazhakulam... Malayattoor Neeleeswaram is a historically famous village in Aluva taluk of Ernakulam district. It is located in the banks of river Periyar. This small yet picturesque village is literally sandwiched between the Western Ghats and Periyar River making it a meeting point of land, water and mountain ranges. The history of Malayattoor is allied with the visit of St. Thomas in Kerala. In AD 52, he took it upon himself to build a Christian church at Malayattoor and now this church is a famous hub in Kerala for those seeking spiritual happiness. There is another famous tourist place in Malayattoor called the Mahogany and Teak forests which is breath-taking with the wonderful Periyar river on one side and grand mountains on the other. Malayattoor Neeleeswaram CDS is selected as one of the best CDS, based on their activities and initiatives. It is achieved with the excellent leadership of Ms Sajini Santhosh, the CDS chairperson with the help of their CDS members... 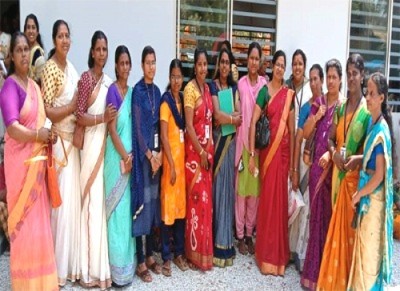 Chemmaruthy is a panchayat in Varkala Taluk of Thiruvananthapuram district in the state of Kerala, India. It is 7km east of Varkala city centre and 40km north of state capital Thiruvananthapuram. It is also one of the 5 panchayats that shares border with Varkala Municipality...